Investors may star in upcoming seasons of The MJShow!
No other fund offers the unique opportunity to be seen by millions on Amazon Prime.

WHAT DO WE DO?

FUN FACTS ABOUT OUR INDUSTRY!

Annual Growth in the Industry

SOME OF THE AMAZING PRESS WE’VE RECEIVED! 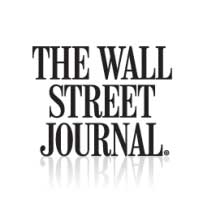 We are industry leaders with diverse backgrounds.

Producers of The Marijuana Show, “Shark Tank for the cannabis industry.”  The show is on Amazon Prime seen by millions.

We are different from other funds.

Who are we anyway?

Meet the team who built the dream

WHY WAIT TO GET THE RESULTS YOU WANT NOW?!

CHECK OUT WHAT WE CAN DO FOR YOU NOW!

If the words “life, liberty and the pursuit of happiness” don’t include the right to experiment with your own consciousness, then the Declaration of Independence isn’t worth the hemp it was written on –


No representation or warranty is made as to the accuracy or completeness of the information contained herein and nothing herein is or shall be relied upon as a promise, guaranty, representation or warranty, specific or implied, as to future performance. Some of the statements contained herein are forward-looking, including statements regarding future growth, market opportunities and future financial performance. The actual results could differ materially from those expressed herein. Neither this website nor the information contained herein is intended as an offer, a solicitation of an offer, or an advertisement for the sale of securities in any jurisdiction. Any such offer or solicitation, if made, will only be made by means of appropriate disclosure documents delivered to qualified investors.